Khadijah RA is a beautiful woman with jelly eyes, white skinned, slender, intelligent, firm, firm, firm, firm stance, rich, has a noble character and always maintains her honor. He is a descendant of a distinguished family of Quraysh nobles.

It is because of the superiority of nature, character and descent that the Quraysh pay great respect to his figure so that it is given the female nickname “Ath-Thahirah” meaning holy. Therefore, it is not surprising that Khadijah RA wanted many Quraysh leaders to be his wife.

In the time of jahiliyah, at a young age, Khadijah RA had been married twice. First with Atiq bin A’id al-Makhzumi was blessed with two sons named Hala and Hindun. However, her husband died when Khadijah RA was 20 years old.

He was married a second time to Abu Halah bin Nabbasy at-Tamimi, who also died, with a daughter named Hindun bin Abu Halah. After that, he closed his heart to all men. He no longer wants to get married and decides to live alone to raise his children while concentrating on building and developing his business.

Eventually Khadijah RA’s business was successful, so she was known as a rich, distinguished woman and a wholesaler so that the Quraysh had great respect for her. Many of his people’s dignitaries had snubbed him but were rejected.

After being widowed for a long time until he was approaching 40 years old, the story of a man named Muhammad bin Abdullah whom he heard from the people and from his slave, Maisaroh, shook his firmness. Khadijah RA was so amazed by a 25-year-old young man who got the title of Quraysh as “Al Amin” (The Trusted), noble character, who was honest again trusted.

One night, Khadijah (RA) had an amazing dream, which was to see the sun circling over the city of Mecca towards the earth. He kept watching her get closer, finally went downstairs and entered his house. His majestic light made him stunned, and then woke up from his sleep.

The next day he went to the house of his cousin (his father’s nephew), the priest Waraqah bin Naufal, who had embraced Christianity since the time of jahiliyah. Then he told me about his dream. Waraqoh said, “It is good news, there will come a great and noble man who will ask you. He has an important position and a notoriety that is increasing every day.”

Thinking of his dreams and the explanation of the waraqoh priest and his admiration for a young man nicknamed Al Amin, Khadijah RA wanted to get to know more closely the figure of Muhammad bin Abdullah.

The Prophet’s uncle, Abu Talib who had entered into a deal with Khadijah RA to lead the caravan by bringing khadijah ra’s trade to the land of Sham, handed it over to his nephew, Muhammad bin Abdullah. To accompany him to bring his merchandise to Sham, Khadijah RA included a male slave named Maisaroh.

Upon arrival in the Roman fiefdom, the Prophet Muhammad took shelter under a tree near a temple belonging to a priest. The priest came to Maisaroh and asked, “Who is the man who took shelter under the tree?” “He was a Quraysh man from the inhabitants of al-Haram,” Maisaroh replied. The priest said again, “No one has stopped by this tree except a prophet.”

Finally, the trading caravan led by Muhammad returned to Mecca with great profits. Maisaroh told Khadijah RA about the moral glory of Muhammad (PBUH) and his great qualities, which he saw during his travels with him.

Because in safar or long journeys, long and many difficulties usually reveal the temperament of the real and hidden people. And Khadijah RA was increasingly interested in the noble man.

Khadijah is a smart woman, she is not in a hurry, her emotions are stable. So that he could find out the news about Muhammad SAW without making him feel ashamed or fall in his pride.

When Muhammad returned to Mecca from his trading trip to Sham, Khadijah SAW that he was very trustworthy in managing his trade and made huge profits in his trading that he had never seen before.

In addition, Khadijah’s son Maisaroh also told him about his gentle bearing, his noble qualities, sharpness of thinking, honest words, and his trusted trading methods.

So Khadijah RA seemed to find the figure of the man she had coveted all along. Though many figures and dignitaries of his people tried to marry him, but Khadijah RA rejected all of them. Then Khadijah (RA) poured out his feelings to his merchant friends, Nafisah bint Muniyyah and Nafisah immediately went to Muhammad SAW and asked him why he was not married.

“I have nothing to do with the house,” replied Muhammad SAW. Nafisah then told him, “There is a noble, beautiful, intelligent, noble and noble woman who is interested in Muhammad SAW, namely Khadijah RA, are you willing to marry her? “.

Dippers also scrambled. Muhammad SAW and his entire extended family welcomed the wishes of Khadijah RA. Then he and his uncle, Hamzah RA, came to Khadijah RA’s uncle, Amir bin Asad and proposed to him. Khuwailid, the father of Khadijah RA, was dead at the time. Not long after, the wedding took place on Friday, two months after he returned from Sham, with a dowry of 20 camels.

At that time he was 25 years old and had not been appointed prophet, while Khadijah RA was 40 years old. Acting as the guardian of Khadijah RA was ‘Amir bin Asad, his uncle. Waraqah ibn Naufal recited the wedding sermon, which was welcomed by Abu Talib. This wedding contract was attended by families from among the Bani Hashim and mudhar kabilah officials.

After the wedding ceremony, Khadijah (RA) opened her heart to her husband with the words: “O Al-Amiin, rejoice! All these treasures, both moving and immovable, consisting of buildings, houses, merchandise, sahaya servants are yours. You are free to spend it on whichever path you are on.”

This is what Allah (SWT) means: “And He (Allah) found you (Muhammad SAW) as a lack, and then He gave wealth“. (QS Adh Dhuha: 8). The verse shows that Khadijah RA was the choice of Allah SWT who was prepared to be the wife of the Prophet Muhammad (SAW) and accompany her at the beginning of the struggle for da’wah which was full of obstacles.

From his marriage with Khadijah RA, Prophet Muhammad (SAW) was blessed with 6 children (2 sons and 4 daughters). The first and second children were named Qasim and Abdullah. Both of his sons died as children. Then born 4 daughters namely Zainab, Ruqayyah, Um Kultsum and Fatimah.

And from the descendants of Maria Al-Qibtiyah only a son named Ibrahim who died as a child. For almost 25 years the Prophet (SAW) only married Khadijah RA and only married other wives after Khadijah RA died.

On his wedding day, Muhammad (SAW) freed the slave he had inherited from his father named Barakah or known as Um Aiman. Khadijah RA herself presented her husband with a 15-year-old boy named Zaid bin Harithah. Prophet Muhammad loved Zaid very much, and vice versa Zaid, whom he then freed and made his adopted son.

After marriage, the couple Muhammad SAW and Khadijah RA lived happily and well-off. Muhammad was so loved by Khadijah RA, his three children, and his entire family. Finally completed his happiness with the birth of their daughter’s son. But Muhammad was concerned to see the moral damage of his people. In his 30s, he began to distance himself from the busy world to think about his people in the Cave of Hira.

Khadijah RA was so faithfully with her husband in joy and sorrow. Every time her husband went to hira’s cave, she prepared all her supplies and necessities. If she did not return home for a long time, then Khadijah RA would look to ensure her husband’s safety while bringing food supplies to hira cave for her husband.

Khadijah RA was the only person who was greeted by Allah SWT as the hadith of Abu Hurairah RA, he said: “At a time when the angel Gabriel came to the Prophet (SAW) saying, O Messenger of Allah this he khadijah. He came to you with a container containing side dishes in it and food and drink. When He comes to you then convey to him greetings from Allah SWT and from me to him. In addition, tell him that God has prepared a house for him in heaven made of gold and silver in which there is no noise and other fatigue. “(HR Bukhari and Muslim).

This hadith shows how noble Khadijah RA is at the side of Allah SWT. After going back and forth in the Cave of Hira and when Muhammad was about 40 years old, the Angel Gabriel, whom he had never seen before, came and held him hard in the Cave of Hira, while delivering the first revelation (Iqro’) to him.

Muhammad was shaking and frightened and then went home because he was worried that something bad would happen to him. So Khadijah RA was the one who calmed the heart of the Prophet (SAW) that Allah SWT would not insult her husband, and then took her husband to his Christian cousin, the priest Waraqoh bin Naufal, who was old.  (… connected) 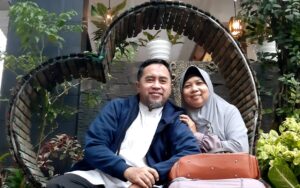 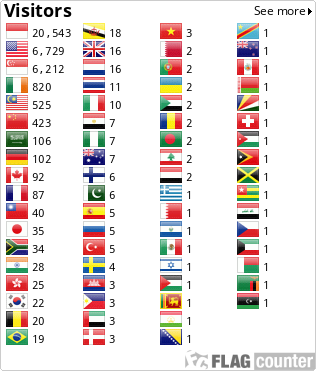